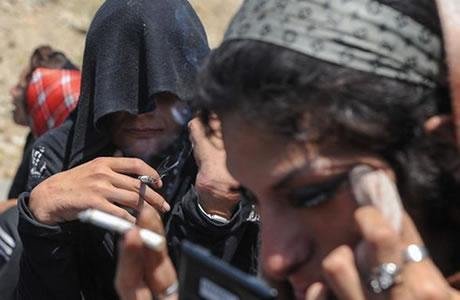 Iran: Women’s addiction has risen to 12 per cent

Unofficial figures indicate that the number of addicted women in Iran has risen from 3 to 12 per cent.

Ahmad Kaheh, general director of public education at the Social Directorate of the State Security Force, announced that the percentage of women used to be three per cent in the past, but unofficial figures indicate that it has risen to 12 per cent of the population of addicts.

Kaheh also said, “36 per cent of narcotic drug consumers are college students. Whereas in the past only five per cent of addicts had higher education.”

Narcotic drugs have a more destructive impact on women compared to men. It takes eight years for men to resort to drug injection, but women are paving this road in only two years. (The official IRNA news agency – May 12, 2018)

Addiction among women has also more devastating consequences affecting more people around them, including their children.

Iran: 70% of carpet weavers are women, majority are heads of household