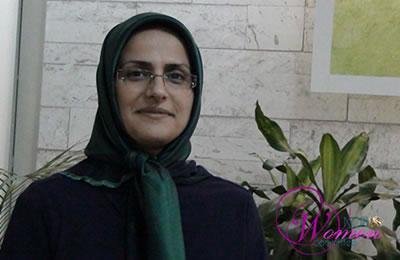 Mahnaz Farahani is a young architect who became acquainted with the Iranian Resistance while studying at university.

She looks calm and kind. Her beautiful smile and soft-spoken words capture one’s attention. This is her story in her own words.

I was 17 when I was admitted to college. I was in love with practical skills from an early age. That was my main motivation for choosing architectural engineering as my major. I completed my undergraduate degree in Shariati College in Tehran and was hired as a consultant for renovating the Iranian schools. While working I also applied for graduate studies and was accepted by the Isfahan University.

I became acquainted with the Mojahedin (PMOI/MEK) through one of my colleagues at work. Until then, I had only heard the Iranian regime’s poisonous propaganda against the Mojahedin. Internet resources at the time were very limited and many social media networks filtered, so getting information from outside world was not very easy. My persistence, however, helped me to get access to the Mojahedin’s satellite TV.

This turned into a permanent association as I became acquainted with a group of people who represented a new world.

To leave my old life and to step in the newly found direction required a major price.

For me, the price was leaving behind my only two very valuable life belongings, my father and my mother.

My father’s love and my mother’s never-ending support were my best reliable and dependable friends.  To leave these behind to join the Mojahedin was very difficult. I had to make a major sacrifice. But to join the resistance and fight for freedom is impossible without making such sacrifices. It was extremely difficult but I was determined.

To make the good-bye easier, I decided to say everything in a letter to my parents.

In the letter, I promised to see them again but in a free Iran. I left the letter in a safe place for them to read.

It was a beautiful autumn day, on November 3, 2007, together with several friends, we left our homes in Iran toward Camp Ashraf in Iraq, and began our journey to free Iran and its people.

It has been 11 years; I am on my rebuilding path again, this time to rebuild the future of Iran, especially for its women and girls. I proudly feel and experience my new path among other Mojahedin women.

I know that my parents have found the letter I left behind, but at the time we left Iran, no one was aware of our decision.

Today, I am more determined and stronger, and proud of the decision I made and the path I chose. And I am confident that a new kind of love has developed in my parents’ hearts and mind that brings us so much closer and that is our love for a free Iran.