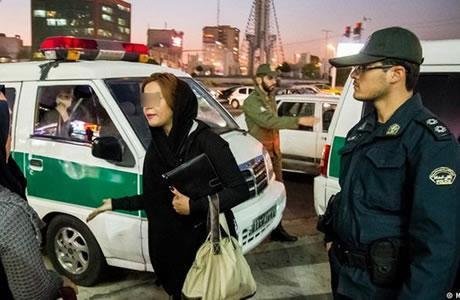 Iran: More guidance patrols to crack down on women

New groups of guidance patrols will begin their crackdown on women in Ardebil, northwestern Iran.

The General Prosecutor of Ardebil announced that new vice patrols are going to begin their activities in Ardebil.

In an interview on Wednesday, May 23, 2018, with the state-run ISNA news agency, Seyed Nasser Atabati, stated, “In addition to the activities of the patrols of the Prosecutor’s Office, Talayedaran Patrols in charge of promoting virtue and forbidding from evil are going to guide and issue verbal warnings to women who are improperly veiled and to businessmen who break the laws in various arenas. These teams are obliged to offer their warnings and guidance verbally. Practical measures are needed to further educate people in protecting their covering, chastity and other related matters.” (The state-run Jamaran website – May 23, 2018)

The Women’s Committee of the National Council of Resistance of Iran issued a statement on April 19, 2018, on beating of and violence against women under the pretext of improper veiling. In the statement, the NCRI Women’s Committee reiterated, “Clamping down on women under the pretext of improper veiling is a means for stepping up suppression throughout the society. This is what Iran’s freedom-loving women have been bravely resisting against over four decades of the clerical regime’s rule.”

Iran: Women employees stage protest at a university in Mashhad