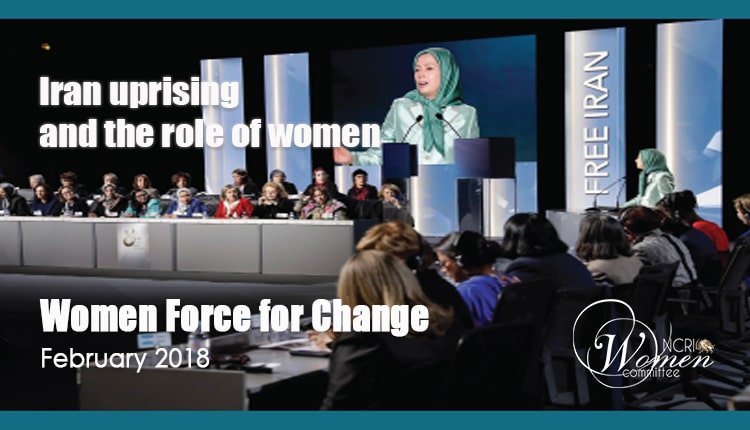 Iran Uprising and the Role of Women

This year’s International Women’s Day gathering of the Iranian Resistance was greatly influenced by the role of women in the uprising in Iran.

Heartened by the courage demonstrated by Iranian women at the forefront of this fight against the fundamentalist rulers of Iran, over 30 speakers from all continents declared their support and solidarity with their “brave sisters in Iran” at a conference in Paris entitled, “Women Force for Change, Iran Uprising and the Role of Women” sponsored by the Women’s Committee of the National Council of Resistance of Iran.

The keynote speaker Maryam Rajavi had reason to congratulate everyone because of the role Iran’s women played against the Iranian regime which by virtue of its misogynistic character is the enemy of all women of the world.

The Iranian opposition leader emphasized, “Regime change is the right of Iranian woman.”

Many speakers expressed their confidence that “nothing will stop the women of Iran” and they will achieve the ultimate victory. While others stressed that the fight of Iranian women benefits not only themselves and their own people, but the entire Middle East and the world.

“It is the freedom of all that is at stake in Tehran; it is our safety that is also at stake.”

A number of speakers laid emphasis on the need for recognition of the National Council of Resistance of Iran as the democratic alternative to the “evil” clerical regime to ensure Iran’s transition to a future of prosperity and freedom.

This pamphlet will provide a limited picture of this magnificent event and excerpts of these profound expressions of solidarity with the women of Iran. Complete texts and video clips of speeches, however, could be found on the NCRI Women’s Committee’s website, https://women.ncri-iran.org.