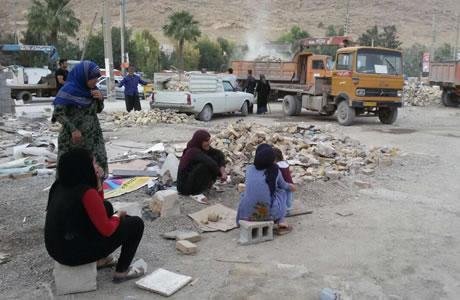 Iran: Quake victims forced out of camp on Governor’s order

Forty families who were living in Shahed Camps 2 and 3 were forced out of the camps on the order of the Governor of Sarpol-e Zahab. Women and children have thus been rendered homeless.

Wednesday, May 30, 2018, on the orders of the Governor of Sarpol-e Zahab, one of the regions hardest hit by the November earthquake, the water and power of the units belonging to 40 families residing in Shahed Camps 2 and 3 were cut off and they were forced to evacuate the camps in the month of Ramadan.

The families are presently homeless, wandering in the streets.