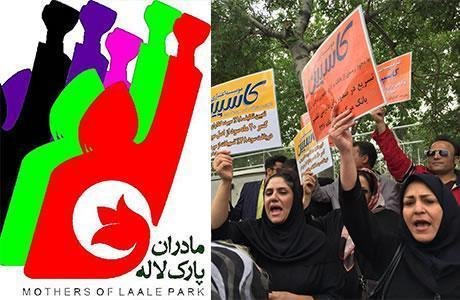 The Mothers of Park-e Laleh issued a statement, declaring support for the protests of Iran’s men and women from all walks of life and calling for abolition of the death penalty for all prisoners.

In their statement issued on May 28, 2018, the Mothers of Park-e Laleh called on the people of Iran to have unity and solidarity. Their statement reads in part, “The Islamic regime ruling Iran was illegitimate from the beginning. It was incepted with savagery and ruthlessness to destroy people’s lives and freedoms. When it grew up, it became uglier and more evil and reproduced more of its kind. The older it gets, it becomes more savage and blood thirsty. The only way to get rid of this demon and its proxies is to have unity and solidarity among free people.”

In another part of their statement, the Mothers of Park-e Laleh referred to nationwide protests and said, “In less than one month, there have been numerous savage attacks by government agents on simple protests of people. The trend of oppression and enmity to freedom continues… We, the Mothers of Park-e Laleh emphasize on our demands for justice, for abolition of the death penalty, freedom of all political prisoners, and fair and public prosecution of perpetrators and masterminds of all the crimes committed under the Islamic Republic regime. We hail all advocates of freedom, justice and equality for their steadfastness and perseverance and shake their hands. We stand by them and we march with them to seek justice from the oppressors, to build a humane society devoid of oppression, discrimination and injustice.”

Iran: Yaresan women are detained in horrible conditions in Qarchak