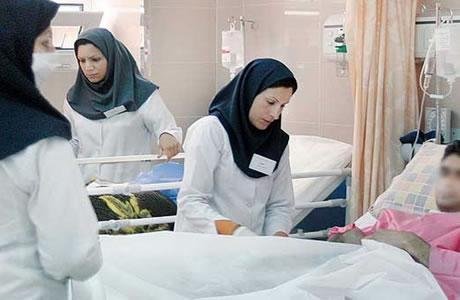 Every year, around 1,000 women nurses leave Iran and emigrate to other countries due to discrimination.

Mohammad Sharifi Moghaddam, Secretary General of the House of Nurses, gave an interview to the state-run ILNA news agency on May 30, 2018, revealing the intolerable pressure and humiliation imposed on women in the nursing profession in Iran.

He told ILNA, “Discrimination is what hurts nurses most. When women nurses face so much discrimination at work, they would rather stay home and quit their jobs. The number of women nurses who stay home is greater than the number of nurses who emigrate from Iran. The difference of salaries between nurses and doctors in Iran is unprecedented in the world. There are no accurate figures on the emigration of nurses to other countries, but it is estimated to be around 1,000 every year who leave Iran in various forms. The reason is lack of attention by officials of the Ministry of Health.”

Sharifi Moghaddam added, “In over 85 per cent of the cases, nurses are insulted or sexually harassed. There are cases where nurses contract tuberculosis, AIDs and Hepatitis for having attended to patients in previous years. Because of shortage of nurses in hospitals, nurses’ security is usually not properly observed.

“The salary difference in our country’s health system is unprecedented in the world. There is a small difference between the salaries of nurses and doctors in various countries and in Saudi Arabia this difference is only 1.5 folds. But in Iran, the difference ranges from 60 to 70 and even 100 folds.” (The state-run ILNA news agency – May 30, 2018)