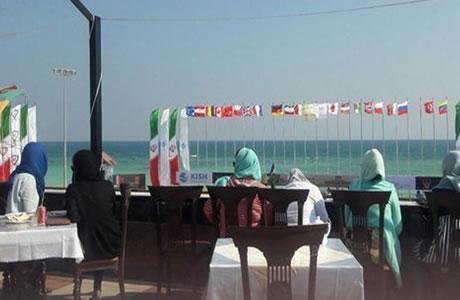 The security department of the Ministry of Sports and Youths prevented women from sitting to watch a beach soccer match between South Pars and Shahin Khazar, on Friday night, June 1, 2018.

The spectators chanted slogans in support of women and called for official support for their presence to watch the game. A number of women waited outside until the end of the game, but they were not allowed in and they did not manage to watch the games.

On Saturday, June 2, 2018, the security department of the Ministry of Sports and Youths, sent out a letter, announcing that Boushehri women are not allowed to watch the beach soccer games.

Parviz Abdi, head of the soccer delegation of Boushehr, told the media, “Based on the law, women are banned from entering sports stadiums in Iran and prevention of Boushehri women from watching the beach soccer games was in line with enforcement of this law.” (The state-run ILNA news agency – June 2, 2018)

Officially, women are banned from enterning stadiums and watching men’s games in Iran.