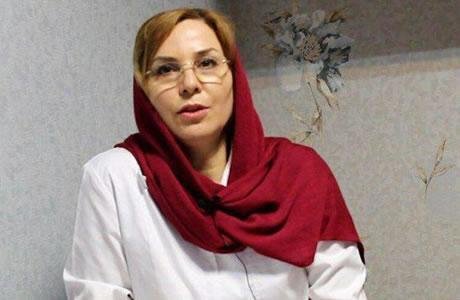 An imprisoned Yaresan woman who has been recently hospitalized in Tehran, is under pressure by prison security guards to wear handcuffs and shackles.

Dr. Nazilla Noori, from Gonabadi Dervishes, has been imprisoned in Qarchak Prison in Varamin since February 20, 2018. Having been through vicious torture, she is presently hospitalized in Milad Hospital of Tehran. She is waiting for operation and needs to receive special medical care.

According to reports on June 8, 2018, prison security guards are harassing and pressuring Ms. Noori in hospital to wear handcuffs and shackles otherwise, she would be returned to prison.

Ms. Noori has been kept deprived of receiving visitors or phone calls since she has been hospitalized.

She has also been told that based on verbal orders of higher officials, she is not permitted to have anyone accompany her.

At least 10 women from Iran’s Gonabadi Dervishes community have been arbitrarily detained in Qarchak Prison (Shahr-e Ray) in inhuman conditions, without access to their lawyers, since February 2018. These women have suffered a range of health problems in custody, due to ill-treatment by security forces.

The women were arrested during a peaceful protest gathering of dervishes in Tehran on February 19, 2018, which was brutally attacked by the State Security forces. Some 70 women were arrested in this crackdown at least ten of whom were transferred to Qarchak Prison.

Amnesty International issued a statement on May 25, 2018, expressing concern about the safethy and health of prisoners of conscience from the Gonabadi Dervishes community in the Qarchak (or Shahr-e Ray) Prison. AI said it received testimonies indicating that doctors at the prison, a former industrial chicken farm in Varamin, are routinely dismissing the women’s complaints of pain and discomfort as “fake” while refusing to prescribe them medication on a timely basis or carry out thorough diagnostic tests.