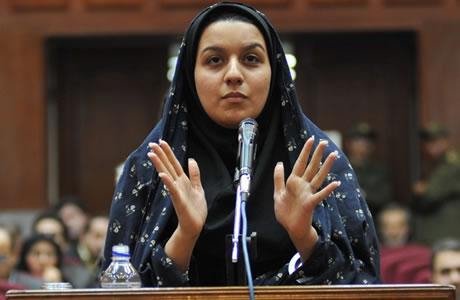 Hassan Tardast, the judge who issued the death penalty for Reyhaneh Jabbari, was introduced as a trusted lawyer to undertake the cases of political prisoners and prisoners of conscience.

The Iranian Chief Justice has endorsed a list of 20 lawyers as trusted defense attorneys to represent political prisoners and prisoners of conscience in their court trials. According to this extrajudicial measure, from now on, only these 20 lawyers are permitted to defend cases involving political and security charges.

Independent lawyers not backed by the government, female lawyers, directors of the lawyers’ guild of Tehran and human rights lawyers have not been included in this list. The latest measure by the Iranian Judiciary thus deprives political prisoners and prisoners of conscience from the right to choose their own lawyers and access to justice and fair trials.

Hassan Tardast has presided over a number of controversial cases including the case of Reyhaneh Jabbari, as a judge. He has issued some 800 retribution verdicts (death penalties), many of which contained ambiguities.

Reyhaneh Jabbari, 26, was hanged in Gohardasht Prison, in Karaj, after seven years of imprisonment on October 25, 2014, for defending herself against rape by a senior Intelligence Ministry official.

Other so-called attorneys on the list have similar criminal backgrounds. For example, Abdolreza Mohebbati, represented Saeed Mortazavi, the notorious Public Prosecutor of Tehran, in court during the trials of political activists and protesters arrested during the 2009 anti-government uprising in Iran.