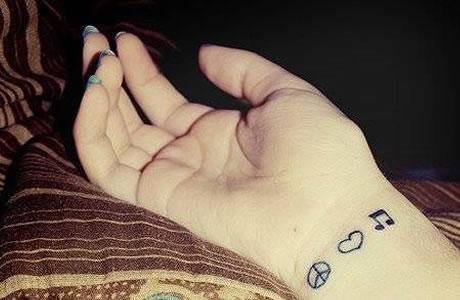 Two women were arrested in Mashhad for tattoo training. The Public Security Police of Khorasan announced this news, adding that the managers of tattoo centers in Mashhad, the second largest city of Iran, had been identified by monitoring of the social media.

Col. Iraj Sharifi, supervisor of the Public Security Police of Razavi Khorasan Province, announced on June 10, 2018, that “the said persons had attempted to teach and train tattoo techniques in the cyber space in an illegal manner.” Those arrested included a man and two women. (The official IRNA news agency – June 21, 2018)

The public and moral security police in Iran arrest people and prevent them from earning their living under various pretexts, including modelling, hairdressing, etc. while none of these jobs are considered illegal by any standard. Tattoo training has been added to this list as two women were arrested in Mashhad for tattoo training.

Dozens of women engaged in the modelling business have already been arrested in Mashhad, capital of the Khorassan Razavi Province in northeastern Iran. Dozens of others have been arrested in Tehran, Qazvin, Zahedan, Shiraz, and other places for similar reason. Modelling was subsequently banned in Iran.

Also in the Sistan and Baluchistan Province, in southeastern Iran, the chief of public security police, announced that the director of a women’s hairdressing salon had been arrested and her business sealed. (The state-run ISNA news agency – October 25, 2017)

Tehran’s Moral Security Police also arrested a number women and men in November 2017, who were attending a mixed-gender hairdressing class in northwest Tehran. They were training on wigs and mannequins.

Kurdish women were banned from wearing traditional dress in public