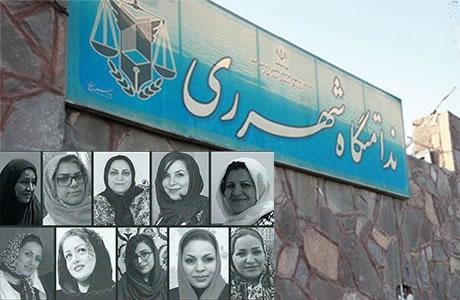 Imprisoned Yaresan women have started a hunger strike in Qarchak Prison of Varamin on Sunday, June 17, 2018, in the wake of their being attacked and beaten up on Wednesday, June 13, 2018.

Yaresan women imprisoned in Qarchak Prison of Varamin were badly beaten up and brutalized on Wednesday, June 13, 2018, by special prison guards using batons and shockers. Some of these women are reportedly in critical conditions and have been transferred individually to different prison wards. They had already been deprived of having any telephone contact with their families for three weeks.

Husbands and other members of the families of imprisoned Yaresan women are generally imprisoned in the Greater Tehran’s Penitentiary. Prison guards have disconnected the phones to prevent the imprisoned men from obtaining news of their wives and sisters.

According to Judiciary and State Security Force officials as well as Yaresan sources, more than 300 dervishes have been arrested and incarcerated during the bloody crackdown on their peaceful protest in Tehran on February 20, 2018. So far, some 150 of them have received short and long-term prison sentences.