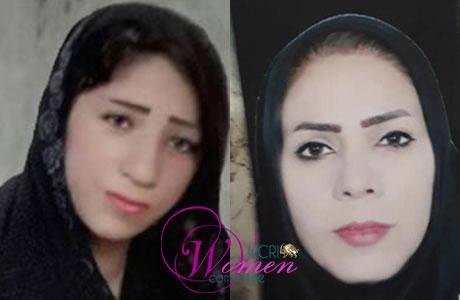 Mahnaz Amouri remains in detention for helping her niece, Ma’edeh Shabani-Nejad, as judiciary officials refuse to release her. This is according to reports published on June 22, 2018. She is held in Sepidar Prison of Ahwaz, capital of southwestern Khuzistan Province.

Mahnaz Amouri, 36, is married with an 8-year-old son and lives in Abadan. She shares the same case with her neice, Ma’edeh Shabani-Nejad, and was arrested along with her by the Intelligence Department of Abadan on January 25, 2018.

Abadan is the second largest city of Khuzistan where the country’s largest oil refinery is located.

Mahnaz Amouri remains in detention because judiciary officials of Ahwaz have blocked her freedom because she gave asylum to her 15-year-old neice, Ma’edeh Shabani-Nejad.

She spent 15 days under interrogation and psychological torture, and was subsequently transferred to the women’s ward of Sepidar Prison of Ahwaz where Mahnaz Amouri remains in detention on a bailbond of 200 million toumans just for giving refuge to her neice.

Mahnaz Amouri’s life has been destroyed in the wake of her arrest and she has suffered a nervous breakdown. Her family collected the amount of bailbond and went to the inspector of the Revolutionary Court to gain her release, but the inspector did not agree with her freedom.

Mahnaz Amouri remains in detention on an undetermined status after five months.

Ma’edeh Shabani-Nejad (Amouri) was born in 2003. She is a high school freshman at Reyhaneh Girls’ High. She is an exemplary student in Abadan. She writes patriotic and epical poems in Arabic and has been active in social media. For this reason, she was arrested on January 25, 2018, along with a number of her relatives, including her aunt, and transferred to Sepidar Prison. Ma’edeh Shabani-Nejad was first arrested and taken under interrogation on October 17, 2017, but was later released on bail.