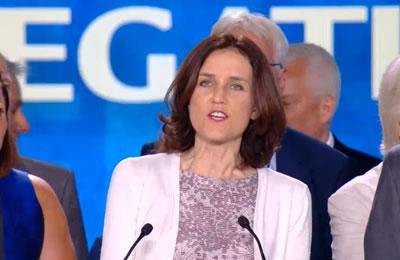 Member of Parliament and former Secretary of State for Northern Ireland

I am so grateful to be able to address this gathering for a second year in a row to support the cause of a free and democratic future for Iran. I am proud to be standing shoulder to shoulder with so many representatives from around the world who have gathered here to show support for the Iranian people and their struggle for justice and for freedom. Many speakers today have paid tribute to those who have come out on the streets of Tehran and other cities over the last few months to protest.

I want specially to highlight the Iranian women who are risking so much to be part of the movement which is calling for change, reform, and democracy. These are women who bravely stand in the face of repressive security forces and chant “down with the dictator.” I have huge admiration for their courage and their determination.

In the United Kingdom, this year we are celebrating 100 years since legislation was passed to give women the vote for the first time. So, I feel it is fitting for me to stand before you and share your appeal for freedom for women in Iran.

Let us all hope that one day Mrs. Rajavi is able to put into effect her ten-point plan, and finally we will see an Iran which is free of the brutal repression of the mullahs, free of the quality of human rights abuse which is being subjected for far too long. And free at last to pursue a democratic future where men and women have an equal chance to follow their dreams, make their own choices and succeed in whichever field of life they want to. Thank you.

Mrs. Urška Bačovnik Janša, the wife of the Slovenian Prime Minister, expressed her support for Iranian women in a message of solidarity to the Berlin Conference, “Women, Force...

Dominique Attias President of European Law Society Federation from October 2020. She was vice-batonniere of Paris from January 2016 and first woman to hold this position. Recipient of...

Being an Ashrafian is fighting for freedom, truth and life Ingrid Betancourt – former senator and Colombian presidential candidate Speech to FreeIran2020 Global Summit: Call for Justice –... 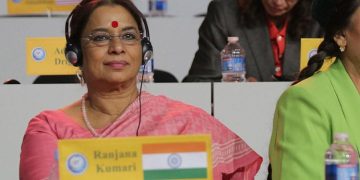 Dr. Ranjana Kumari, Director of Centre for Social Research (India), and one of the 100 most influential people in gender policy for 2019 Speech to the Free Iran...