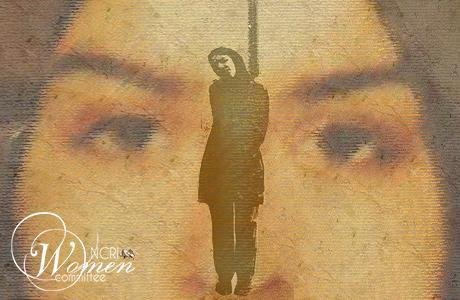 A woman was hanged in the Central Prison of Orumieh. The execution of this woman took place at dawn on Wednesday, July 4, 2018, along with two other male prisoners. The identity of the executed woman has not been made available, yet.

With this execution, the number of women executed during Hassan Rouhani’s presidency amounts to 83.

The list of death-row female prisoners who have been detained in the Central Prison of Orumieh includes: Chenar Salehi, Yasna Sadeqi, Arasteh Ranjbar, Nazdar Vatankhah, Tahmineh Danesh, Farideh Hassanpour, Shelir Khosravi, Somayeh Ebrahimzadeh, and Zeinab Sekanvand who was under 18 at the time of committing the crime.

It is not known yet which one of these women was hanged in the Central Prison of Orumieh, in the morning of Wednesday, July 4, 2018.

The conditions in the women’s ward of the Central Prison of Orumieh is abysmal because of over-crowded cells and lack of hygiene.

The last time a woman was hanged in Iran was on January 30, 2018, when Mahboubeh Mofidi, 25, was executed in the Prison of Noshahr in northern Iran.