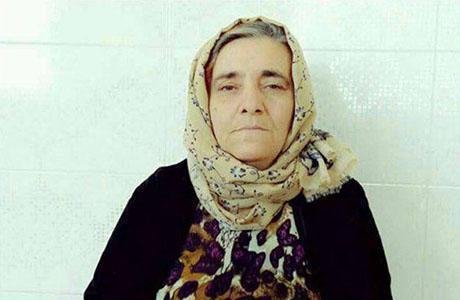 In the absence of an independent Judiciary in Iran, parents have to resort to unconventional methods to have their voices heard.

On Monday, July 2, 2018, the mother of a death-row political prisoner, Hedayat Abdollahpour, attempted to set herself on fire outside the Governor’s Office in Oshnavieh, in West Azerbaijan Province in NW Iran. Fortunately, she was prevented by the public.

Ms. Marjan Behrouzi, whose other son, Farhad, has also been arrested and detained in recent days by agents of the Intelligence Ministry, had referred to the Governorate to inquire about him.

After she did not receive any answer from the officials, she doused herself with gasoline to burn herself in order to protest the Governor’s lack of attention to her case and the undetermined status of her children. Fortunately, people around her managed to prevent her from accomplishing the harrowing attempt.

On Saturday, June 30, 2018, agents of the Intelligence Department, raided the residence of Hedayat Abdollahpour where he used to live with his parents. After ransacking the house, they took away his brother, Farhad Abdollahpour, to an unknown location. It is said that he has been tortured and subsequently transferred to the Department of Intelligence of Varamin.

Hedayat Abdollahpour, was sentenced to death for a second time in January 2018, by the Court of Orumieh. He is presently held in Orumieh Prison, in West Azerbaijan Province in northwestern Iran, awaiting implementation of his sentence.

According to close relatives, the family’s father, Abubakr Abdollahpour, had also been summoned and interrogated in recent days. In the absence of an independent Judiciary, Ms. Behrouzi attempted to set herself on fire in protest to such conditions.

In an earlier case, the parents of political prisoner Ramin Hossein Panahi threatened to burn themselves in front of the Department of Intelligence in Sanandaj in the absence of an independent Judiciary and in protest to the injustice done to their children. But they were arrested by agents of the Intelligence Department. Another son and a son-in-law of this family are also detained in prison. The Hossein Panahi family is under harsh pressure from the Intelligence Ministry. Ramin’s neice, Nishteman Hossein Panahi, committed suicide due to such pressures and lost her life.

In the absence of an independent Judiciary in Iran, parents who see their innocent children sent to the gallows, find the only solution in taking such unconventional actions to draw attention and appeal to the public opinion.