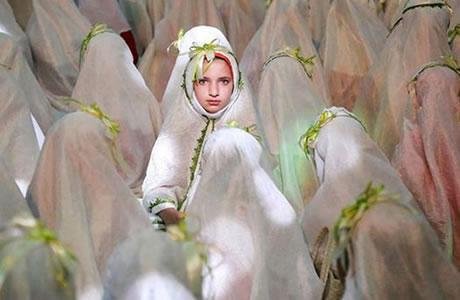 As one of the first consequences of early marriages of girl children in Iran, Mirzaii said these girls do not have any knowledge of family planning, so they face consecutive pregnancies with short intervals and without proper medical care, all of which jeopardize their health.

Chances of contracting cervical cancer is 2.5 times greater. 84 per cent of women contracting cancer of the cervix have gotten married under 18 years of age. And the number of underweight infants delivered by young mothers is three times greater.

Statistics show 18,000 divorces in marriages taking place under 19 years of age. In reviewing this data, it should be considered that not all early marriages are registered and the actual figures are certainly higher.

Also, 30% of women who prostitute say they got married when they were under 15 years of age.

Mirzaii added that economic consequences such as poverty, divorce, prostitution, addiction and others are among the consequences of early marriages of girl children in Iran.

Last year, too, Amir Taghizadeh, deputy for cultural and youth affairs in the General Department of Sports and Youth in East Azerbaijan Province, announced that the number of forced marriages of young girls had increased in this province. Taghizadeh said, girl children between 10 and 15 years of age are forced to get married. He said, “In 2015, some 4,000 girls between 10 and 15 years old got married but this year, this number increased to 4,164.”  (The state-run Kayhan newspaper, September 3, 2017)