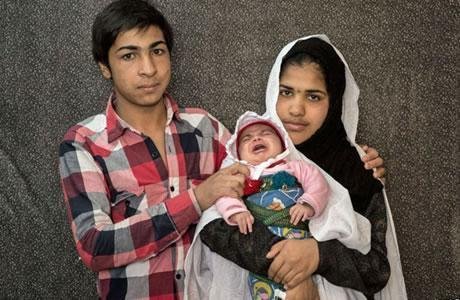 According to the Census Department in Bushehr Province, there were also 7 marriages of girl children under 10 years of age during the same time period.

Based on the data registered by the Census Department of Bushehr Province, the number of marriages of girl children under 15 in the previous year 1395 (March 2016 – March 2017) was 234.

The provinces of Sistan and Baluchistan, West Azerbaijan, and Kermanshah are national record holders with around 4,000 marriages of girl children under 15 per year. (The state-run website of Young Journalists Club – July 5, 2018)

Earlier, in an interview published by the state-run PANA news agency, a social researcher explained that since these young girls have not received family planning education, they face multiple pregnancies and deliveries with short intervals, and without observing minimum standards of hygiene and therefore, their health is seriously jeopradized. She said that the consequences of marriages of girl children under 15 include rising chances of death during delivery, unwanted pregnancies, poisoning during pregnancy, and cervical cancer occuring.