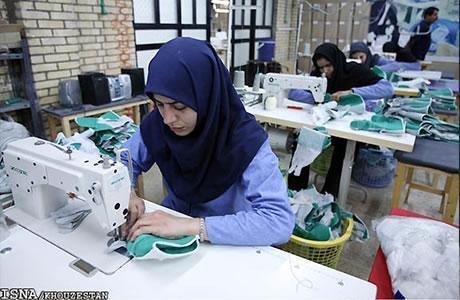 Over 3 million women heads of household in Iran are unemployed. This was revealed by Massoumeh Ebetkar on Saturday, July 7, 2018, in a meeting of women members of the city and village councils in Semnan Province.

She also confessed, “We see that unemployment is more rampant among talented women of our country who comprise half of the population… The number of unemployed women with higher education is two to three time unemployed men with highter education.”

Ebtakar also acknowledged that young girls also have a larger share of school drop outs compared to boys. “The number of unemployed educated girls is on the rise and this is considered a serious challenged that we face.” (The state-run ISNA news agency – July 7, 2018)

The regime’s officials had earlier confessed that unemployment is the greatest challenge for Iran’s economy and that the situation is worse with regards to the employment of women, female university graduates, and women heads of household.

At the same time, because of limited employment opportunities for women, a large number of women heads of household have to accept just any job in small workshops with very low income, without enjoying any of their legal benefits including insurance, and without any government or legal support.

In addition to the over 3 million women heads of household, educated girls with higher education have to work in small manufacturing units and engage in jobs that have nothing to do with their fields of study. At the same time, due to the economic conditions in Iran, these young women are the first ones to be laid off or fired.