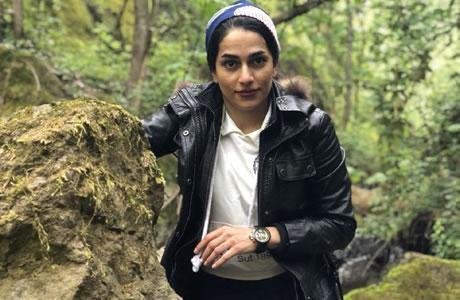 Student activist Maryam Faraji has disappeared since Thursday, July 5, 2018, after leaving her residence in Tehran.

There has been no news of her since her suspicious disappearance. Her cellphone has been off during this period, as well.

The news of disappearance was disseminated on Sunday, July 8, 2018.

Student activist Maryam Faraji, 33, was a graduate student of International Management. She was also the financial manager of a company in Shahriar, outside Tehran.

Student activist Maryam Faraji was arrested on January 2, 2018, in Tehran during the nationwide Iran uprising. She was detained for ten days under interrogation in the Intelligence Ministry Ward 209 in Evin Prison.

It is likely that she has been abducted by security and intelligence agents and transferred to an unknown location.

Over 500 young women and girls, including dozens of female students, were arrested during the Iran uprising and imprisoned in various parts of the country.

Neda Ahmadi, student of economy at Tabriz University, was among those arrested and detained in January. No news has been available on her ever since.

Another student, Sepideh Farhan (Farahabadi) referred to the court on Saturday, July 7, 2018, and found out that on June 24, she had been tried in absentia and sentenced to six years in prison.

Sepideh Farhan is due to receive 74 lashes on the charge of “association and collusion for acting against national security.”