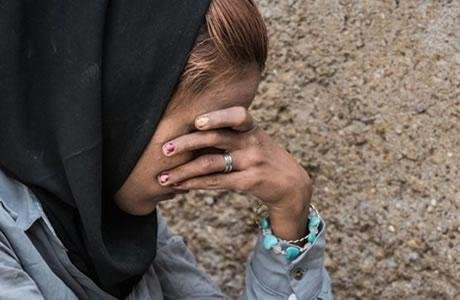 Addiction of women in Iran is escalating. There is one addicted woman for every 6.6 addicted men in the age range of 15 to 25.

This is according to the statistics presented by Anoushirvan Mohseni Bandpay, head of the National Welfare Organization, on July 11, 2018. The statistics has been compiled in the Persian year of 1394 (March 2015-March 2016).

According to the latest studies on the spread of addiction among Iran’s women, only 3.8 percent of addicted women are receiving treatment which shows that women are cautious in reporting their addiction due to cultural and social issues.

In another development, a gathering was held in Mashhad on socializing the struggle against narcotics by giving priority to the preventive role of the families and women, emphasis was placed on widespread addiction of women in Iran.

Political, security and social deputy of Khorasan Razavi’s Governor, Mohammad Rahim Noroozian, confessed that “the trend of women’s tendency towards narcotics has accelerated in recent years, which is a cause of concern.”

“During recent years, the damages caused by narcotics has become more extensive among the female populace in Iran,” Noroozian emphasized, adding, “the addiction of women in Iran and its consequent damages are much more complicated and worrying compared to men. Usually the addiction of women in Iran is concealed, therefore, there is less opportunity for their treatment.” (The state-run iraneconomist.com, July 11, 2018)

Earlier, Ahmed Kaheh, general director of public education in the Social Directorate of the State Security Force, had also presented horrible statistics on the addiction of women in Iran. He said, “Men turn to injections after eight years but women reach that point in two years.” (The state-run IRNA news agency – May 12, 2018)