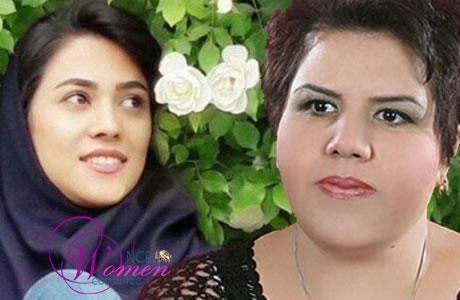 Detention and suppression of women in Iran continues under the pretext of alleged anti-regime activities and opposition to the mandatory veil, and heavy sentences are issued for women.

Roya Saghiri, a student of Tabriz University, has been sentenced to 23 months in jail. She was arrested during the nationwide protests last winter. Her sentence issued by the 2nd Branch of the Revolutionary Court of Tabriz was upheld by the Revision Court.

The court charged this civil activist with “propaganda against the regime” and “insulting the leader.”

In another development related to the detention and suppression of women in Iran, Ms. Mehrnaz Haghighi has been summoned to court. The 49-year-old physician from Bandar Abbas (southern Iran) is going to be tried on July 22 this year. She was deprived of having access to a lawyer during her detention. Although she is presently represented by a lawyer and her trial date is approaching, the court has not granted permission to her lawyer to study her dossier.

Ms. Haghighi was arrested by agents of the Intelligence Department on February 19, 2017, at her residence. She was detained at Bandar Abbas’s Security Police Station and in Tehran’s Evin Prison for more than three months. She was freed on bail on May 27, 2017.

After being cleared of primary charges such as “disseminating lies,” “insulting the leader,” and “acting against national security,” the Prosecutor of Bandar Abbas informer her of two new charges including “membership in (the opposition) PMOI” and “publicizing against the regime in favor of dissident groups.”

Mehrnaz Haghighi has denied being a member of the PMOI. She was arrested during 1980s in her house by the IRGC when she was 12, on the charge of being a PMOI supporter, and was freed after a while because of her young age.

Starting after 2009, she was involved in visiting families of political prisoners and collecting donations for them. The last time she had been arrested was while collecting new year presents for child laborers in Bandar Abbas.

Iran’s women and men unanimously call for freedom of Iran