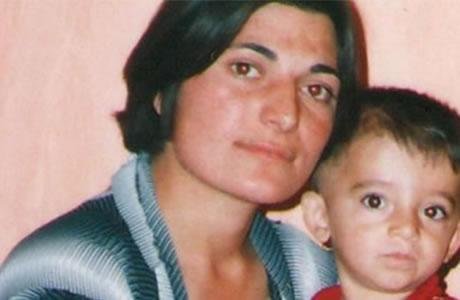 Kurdish political prisoner Zeinab Jalalian called on the people of Iran as well as international human rights organizations to take action to abolish the death penalty in Iran.

Everyone together against the death penalty

Ramin, Zanyar, Loghman, Kamal and other political prisoners who have been sentenced to death,

Right now, as I am writing this letter to you, I am filled with pain and sorrow. Which one of the pains and sufferings of the people of our motherland made you rebel for which you have been sentenced to death?

You have also seen those porters who put their lives in their hands to earn a piece of bread to feed their loved ones. In all societies people receive a salary for what they do as their job. The porters, however, receive bullets from the Islamic Republic for what they toil for.

The mother who works at a brick kiln, with her young kids. Her share in this male-dominated society and under this misogynous government is only discrimination and more suffering.

The young woman who sets herself on fire before the tearful eyes of her mother to protest discrimination. Or the young child who looks for bread inside a trash bin.

Which one of these pains made you rebel? What are you paying the price for, being a Kurd or being a human?

My beloved nation of Iran and human rights organizations,

I am addressing you from behind the bars in a prison of this oppressive regime, as a political prisoner who was herself on the death row for many years.

I urge you to unite and form a front against the death penalty. Let us not allow the Islamic Republic to make the parents of these death-row political prisoners mournful for their own inhuman interests. Let us do whatever we can through whatever possible means to stand up to this medieval punishment. Let us stand up and resist against the death penalty because our silence would be a seal of approval on the death decrees handed down for Ramin, Zanyar, Loghman, Hedayat, Kamal, and other political prisoners who are condemned to death.

Eight women were among the arrested members of a modeling network