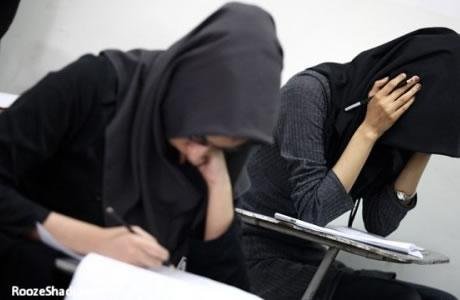 Manifold restrictions for young women and girls pose one of the greatest problems in the therapy rooms of psychiatrists and in judicial centers.

The chair of the Health Committee of Tehran’s so-called “Islamic Council”, Zahra Sadr-Azam Noori, admitted, “While social ailments in our city have disturbing dimensions, the sharp tip of such threats is pointed at our young women and girls.” (The state-run ISNA news agency – July 15, 2018)

Accordingly, the head of the National Welfare Organization, Anoushirvan Mohseni Bandpay, had this to say about one of these social ailments, i.e. addiction, among women: “Women comprise 80% of those who contact the addiction hotline.” (The state-run ISNA news agency – July 15, 2018)

Pointing to the manifold restrictions for young women and girls, Alireza Sharifi Yazdi, a psychologist, explained, “Though over 60% of university students are girls, they are not allowed to continue their education in all of the existing fields. Despite large numbers of girls with higher education, their share in the job market is trivial; the statistics put it at 14 or even 12 per cent.”

“Although I don’t trust the validity of these statistical figures, what is definite is that high level positions in both the private and the public sectors are occupied by men, which indicates gender discrimination. Young women with high levels of education cannot reach high positions except in a few specific fields,” he added.

Sharifi Yazdi went on, “On the level of ministers, there has been only one woman appointed since the (1979) revolution and on lower levels, the statistics is not worthy… Look at all the different cabinets. Executive and management positions especially on high levels are extremely male-dominated. This means that we still do not trust our young women and girls to undertake high-level management, even those with experience in the rank and file and in higher levels.”

The regime’s expert also said that one of the most important issues of recent years has been the issue of legal support for young women and girls, especially at the time of marriage. “The law considers some privileges for young men and newly-wed men including the right to easy divorce. While if a woman, for any reason, feels that she cannot continue to live with her husband, it will take her long months and years to thread the road from one judicial center to the other to prove that she can no longer live with him. This also applies to the custody of children. Studies show that young women and young mothers are usually the ones to suffer most under various problems of life during divorce, and still the law considers child custody as the natural right of men, without considering their conditions.”

Sharifi Yazdi also pointed out that “depression, suicide attempts, and stress are more common among girls than among boys. Although the world rate of depression among girls is twice as much as among boys, studies show that the depression of young women and girls in Iranian society is four times greater… Young women and girls have to endure greater psychological pressure. In social life, too, they have less participation, less communication and less interaction as compared to young men and boys.” (The state-run salamatnews.com – July 15, 2018)