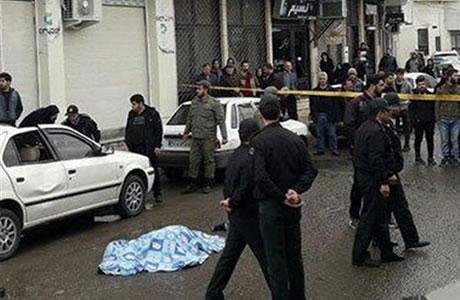 Women committed suicides in Tehran, Shiraz and Mashhad, in the past days, drawing attention to the situation of women and girls in Iran under the mullahs, and to the pressures and restrictions they face in their daily lives.

At least three women committed suicides and ended their own lives in the past week.

At midnight on Monday, July 16, 2018, a 17-year-old girl jumped off the fourth floor of a building at Tehran’s Falamak Street and ended her life. The news was announced by the State Security Force. (The state-run Tabnak website – July 17, 2018)

On July 12, 2018, a sixth grader hanged herself and died in Shiraz in the Fars Province, southern Iran.

In another event on July 11, 2018, in Mashhad, northeastern Iran, a 70-year-old woman committed suicide fearing loss of her house if her daughter-in-law took legal action to receive her dowry.

The CEO of the Coroner’s Office in Fars Province said he had no hesitation to announce the statistics on suicides. He noted, “During last year, there were 348 acts of suicide in Fars Province by people in the 15-45 age range.” (The state-run Fars news agency – June 21, 2018)

Psychologists and sociologists consider hopelessness, depression, anxiety and sense of insecurity accompanied by a feeling of humiliation as the main reason leading women and girls to physically eliminate themselves.

The women’s suicide rate in Iran is the highest in the Middle East.

At least 36 women committed suicides in Iran during the months of May, April and June 2018.