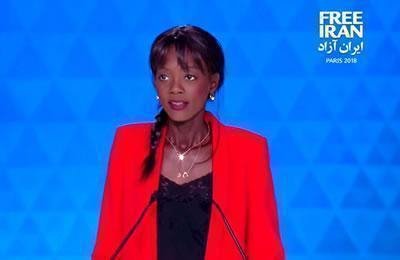 Women have been leading the Iran uprising by taking every risk

Women are the ones who have been leading the Iranian uprising for six months. They have been doing so by taking every risk, such as the risk of arbitrary arrests and the risk of detention.

It has been six months that thanks to them, Iran’s spring has started. It began in Mashhad and then found its way to Tehran’s Bazaar and the sport stadiums.

Iran has not been without protests even for a single day.

We are feeling the winds of protest in Iran. We are demanding freedom.

In France, a distinguished women’s rights advocate, Simone Veil said, “We must share Iranian women’s struggle as if it is our own struggle.”

Iranian women have launched an unprecedented movement and the regime knows the political dimension of this revolution. The regime very well knows the impact of Maryam Rajavi on this movement by coming up with 1,000 Ashrafs.

I am very proud that the French government did not yield in when asked to act against the Iranian Resistance. France is beautiful when it protects freedom fighters.

But there is one thing that I know for sure. Change in Iran will not come from outside but from Iranians themselves, simply because Iran belongs to the people of Iran.