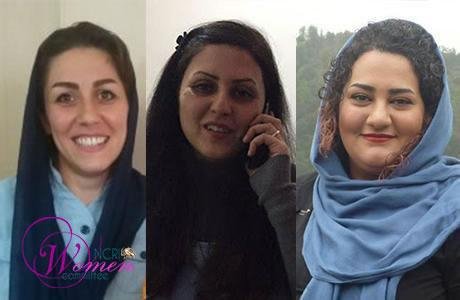 Women political prisoners Atena Daemi, Golrokh Iraee and Maryam Akbari Monfared offered their condolences to the family of the slain political activist, Eghbal Moradi, from behind the bars in the women’s ward of the Evin Prison.

On Wednesday, July 18, 2018, Eghbal Moradi was found dead, shot with three bullets, in Penjwen, a Kurdish town lying along the Iran-Iraq border.

In part of their message, Golrokh Iraee and Maryam Akbari Monfared said, “Kurdish community! We share your unsurmountable grief… The assassination of Eghbal Moradi is condemned as are other killings of freedom loving people, and no doubt, it will not remain without response.”

In her message of condolence, Atena Daemi also wrote, “This assassination is condemned. I got to know him (Eghbal Moradi) years ago and I’ve witnessed how hard he tried to save his beloved death-row son and the effort that he made for other Kurdish political prisoners including his nephew, Loqman. Most importantly, I have witnessed his endeavors for his motherland of Kurdistan. Now he has been killed, leaving a great pain in the hearts of his son, Zaniar, his suffering family, the honorable nation of Kurdistan, and us.”

In her message, Ms. Daemi pointed to the unfair trial of Zaniar and Loqman Moradi and wrote, “Just a note on the extent of injustice done to them; when they found witnesses who accepted to testify in their trial, where the life or death of innocent young men was at issue, the judge did not accept the testimony of one of the witnesses because of her being a woman.”

Zaniar and his cousin were arrested when they were about 20 years old and were immediately sentenced to death without having a fair trial. It has been ten years that they have been in jail.