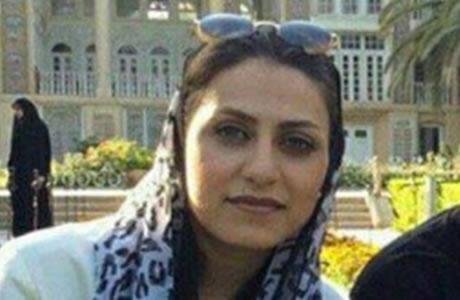 Sufi woman Sima Entesari, who is presently confined in Varamin’s Qarchak Prison, sent out an open letter on Wednesday, July 25, 2018, passing over her revision court.

Sima Entesari’s letter reads in part: “Participating in an unfair summary trial – which convened for only a few minutes five months after my violent and inhumane arrest and sentenced me to five years in jail – was enough for me to learn that expecting justice from the judicial authorities is an effort in vain and contradicts human dignity.  Because the judge did not give us any opportunity to defend ourselves. And no lawyer was given the opportunity to study my case and those of other Sufi women…”

Protesting the unfair sentences issued by these courts, Sufi woman Sima Entesari wrote in another part, “Those few minutes in court was enough for me… to understand from the decrees issued for my brothers and sisters, the tons of oppression inflicted by the judiciary on people in the name of justice. So, it is futile to expect justice from such a body that so obviously tramples the primary principles of justice to satiate the greed of some ambitious, power-hungry influential figures.

“I feel no need or desire to appeal for revision. I will wait until the day when I can take my complaint to the one and only judge.”

In a similar development, Sufi women Elham Ahmadi and Sedigheh Safabakht were each sentenced to five years in prison on July 24, 2018. They had been also arrested during the bloody crackdown on the protest of Gonabadi dervishes on February 19-20, 2018. They have been also banned for two years from leaving the country or having any political or social activities or becoming a member of any social or political party.