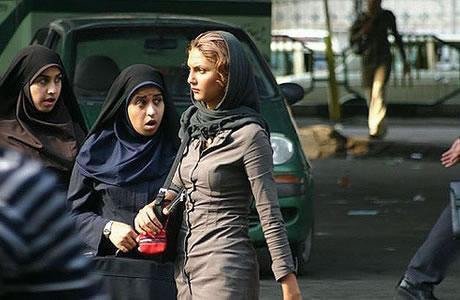 The compulsory veil in Iran – regime admits most women defy

The compulsory veil in Iran is the subject of a report recently published by the research center of the mullahs’ parliament (Majlis).

The report entitled, “Effective elements in the implementation of the policies on (women’s) Hijab (veiling) and the available solutions,” has been recently published by the Office of Cultural Studies of the Research Center of Majlis.

According to this report, only 35 percent of Iranian women value the Sharia veil (Chador), and nearly 70 percent of women either do not believe in it or are among “the improperly veiled” and protest the compulsory veil in Iran.

As the center puts it, more than 85 percent of the “improperly veiled” do not believe in the value of Chador and do not approve of government intervention to control this issue. The research done on the compulsory veil in Iran shows that young educated women residing in large cities and metropolises, have the strongest resistance against the compulsory veil in Iran. (The state-run ISNA news agency- July 28, 2018)

The law on the compulsory veil in Iran was adopted by the mullahs’ parliament in 1983 and ratified punishments for women who do not observe the compulsory dress code in public places.

The Iranian resistance has always opposed and rejected the compulsory veil in Iran. In her 10-Point Plan on Women’s Freedoms and Equality in Tomorrow’s Iran, the Iranian opposition leader Maryam Rajavi has explicitly declared:

The house of Forough Farrokhzad is on the verge of destruction