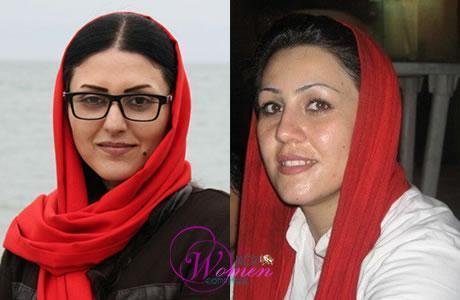 On the 30th anniversary of the 1988 massacre of 30,000 political prisoners in Iran, women political prisoners Maryam Akbari Monfared and Golrokh Iraee sent out an open letter from the Women’s Ward of Evin Prison in which they stressed that “preserving the history of the 1980s which is part of the Iranian history is the duty of every Iranian.”

It has been recently revealed that the clerical regime is deliberately removing the traces and evidence of its crimes against victims of executions in the 1980s and 1988 by destroying their graves and mass graves.

A formidable struggle was going on. The battle was between those whose mission was to violate the essence of all human values and words on the one hand, and those who had risen up to revive the words and resisted to preserve humanitarian values. The hideous anti-human force sought to eradicate these values, and this is why they chose to go to the gallows to protect the sanctity of words and dignity of values.

As we leaf through the pages of Iran’s history, we can see that with the end of each chapter, a new chapter begins. The Constitutional Revolution, the Movement of the Jungle, the 1953 Coup, the 1979 Revolution, the massacres of the 1980s, the massacre in summer 1988, the incidents of 2009, the incidents of July 28 and 29, 1988 [the attack on Camp Ashraf], and so on. The mass graves of the victims of the 1988 massacre in Tehran’s Khavaran cemetery have been being visited by families for 30 years. The families visit the mass graves every week without having any clue as to the graves of their loved ones. There are families who live in other cities and whose children have been buried in their own yards…

History has shown that such courage has been invincible throughout history because it remains eternally in everyone’s hearts and minds and not in their own physical existence.

They left us but with their journey, they shattered the ceiling of doubts and disappointment. They did not surrender to captivity, servitude, and cruelty under no circumstances, whether it was before the firing squads or by the gallows. They paid a heavy price for freedom, but the flow of their illuminating bravery continued every day and every moment despite numerous conspiracies and slanders…

The [clerical] regime has always tried to erase the memories of the 1980s and the 1988 massacre from people’s minds. They try to censor it under various pretexts. They destroy the mass graves and they call the victims, terrorists… They insisted on this goal throughout the years, but they did not know that throughout these years, the families have tried to keep the memories of these victims and keep this part of the history alive, to convey their voice to the world despite massive repression.

The walls of this repression and concealment have been shaken with the thunderous waves of the Call for Justice movement. … Protection of the history of the 1980s which is part of the history of Iran is every Iranian’s duty. Examination of the incidents of this decade and prosecution of the perpetrators and masterminds of this massacre in a public trial will prevent a repetition of such crimes.

We will not relent until an independent probe is carried out in this case and the perpetrators of this massacre are brought to justice.

The house of Forough Farrokhzad is on the verge of destruction