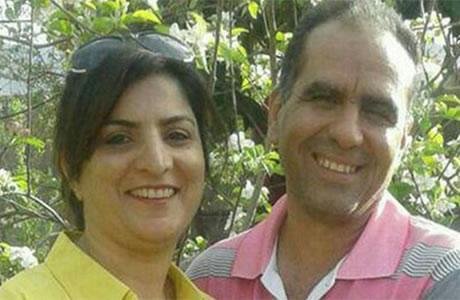 Baha’i women in Iran are either sent to jail for several years or dismissed from their jobs for their faith.

Rohieh Nariman, a Baha’i woman from Shiraz was sentenced to a two-and-a-half-year prison term by the Revision Court of Shiraz.

Ms. Nariman was arrested by the IRGC’s Intelligence on October 3, 2016, and tried along with her husband by the Revolutionary Court of Shiraz.

She was sentenced to five years’ imprisonment. Another year was added to her sentence because she taught her own child and other pre-school Baha’i children at home.

Their case was examined by the Revision Court after appeal, and her sentence was reduced to 2.5 years and her husband, Farzad Delaram, was sentenced to one year in prison.

Their request from the court to serve consecutive terms so that one of them could look after their child, was rejected and they were ordered to serve their sentences, simultaneously.

On July 21, 2018, they were ordered to report to the Bureau for Implementation of Sentences in Shiraz.

In another measure against Baha’i women in Iran, Samira Behin Ayeen, a construction engineer in Shiraz, was dismissed from her job. She and her husband worked in private companies. On the orders and under the pressure of security officials of Shiraz, the executive directors of the said companies expelled the couple along with another Baha’i man.

Baha’i women in Iran are always subject to threats and dismissals from their schools and jobs. Azita Rafizadeh has been imprisoned in Evin Prison because of her faith and because she taught Baha’i students who had been expelled from school.

Ms. Rafizadeh has a 7-year-old son and her husband is imprisoned in Gohardasht Prison.