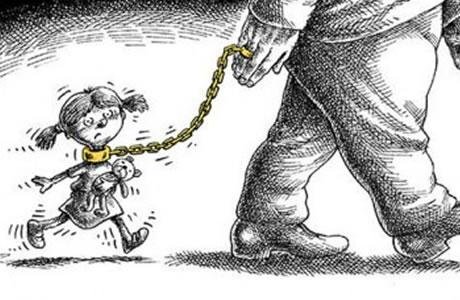 Girls under 10 got married in the southwestern Iranian province of Kohgiluyeh and Boyer-Ahmad over the past Iranian year.

Ali Mohammad Taghavi, general director of the National Statistics Registration Office in this province, announced that nine girls under 10 years of age had gotten married in the Iranian year 1396 (March 2017- March 2018) in the Kohgiluyeh and Boyer-Ahmad Province.

This amounts to a total of 1,412 marriages which took place under 18 years of age in just one year in this rather small province, alone.

According to the statistics provided by the Registration Office of Bushehr Province (southern Iran), seven girls under 10 years of age were married there. A total of 234 marriages of girls under 15 took place in this province in the year spanning from March 2016 to March 2017.

Mohsen Aghaii, director of the Registration Office of Kurdistan Province, has also announced, “A total of 339 marriages of girls under 15 have been registered in Kurdistan Province, the majority of whom are between 10 to 14 years old.” (The state-run Kurd Today website- December 20, 2016)

Earlier in May, Parvaneh Salahshouri, head of the so-called women’s faction in the mullahs’ parliament, said, “The statistics show that there have been 37,000 marriages of girls under 15 in the country last year, and in the same time interval, 2,000 of them either got divorced or became widows.” (The state-run IRNA news agency, May 8, 2018)

Meanwhile, the presidential directorate on women and family affairs has also published a report on the number of marriages of girls under 10 in recent years, as the following: