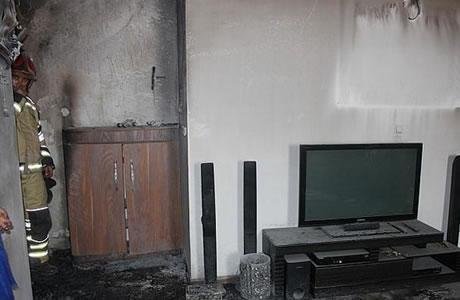 Eight girls got wounded in a fire which broke out at midnight on Thursday, August 2, 2018, at a welfare center in Mashhad, capital of Razavi Khorasan Province, northeastern Iran.

This is not the first the time that lack of safety standards in public places and negligence of responsible authorities have inflicted casualties and damages on young women.

Last year, fire broke out in September at a girls’ school in the city of Meshginshahr, northwestern Iran, and led to the complete destruction of the building’s roof. The school was shut down and 300 students remained out of school on the eve of the new academic year. (The state-run Mehr news agency– September 8, 2017)

A classroom caught on fire at an elementary girls’ school in Shinabad village of Piranshahr, in West Azerbaijan Province (northwestern Iran), on December 5, 2012. Of the 39 students attending the class, two died due to severe injury and 29 were badly burnt.

Six years on, the government has failed to resolve the budget for the treatment of the now-teenage girls abroad.

The iconic 17-storey Plasco building also crashed down in a few seconds in the heart of the capital, on January 19, 2017, after Tehran’s Fire Department failed to extinguish the fire.

The Plasco building housed a sprawling shopping mall and some 400 clothing and garment workshops and businesses with thousands of workers, including many women.

In addition to the firefighters, another 30 people, including two women, have been reported missing.