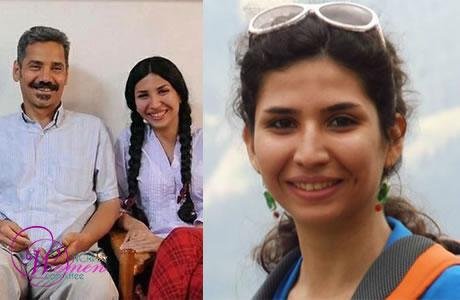 Homa was one of the two daughters of prominent Iranian human rights lawyer, Abdol-Fattah Soltani, who has been incarcerated for the past seven years for defending innocent victims of the clerical regime. He has been granted a temporary leave to be with his family at this time of great grief.

Soltani represented political prisoners and defended several controversial cases including the case of murdered Iranian-Canadian journalist Zahra Kazemi. After being arrested a couple of times in 2005 and 2009, Soltani received an 13-year prison sentence in 2011 and was banned for an additional 20 years from practicing law. Amnesty International designated him a prisoner of conscience and called him “one of the bravest human rights defenders in Iran.”

He is a prisoner of conscience who should be released immediately and unconditionally.

Our condolences to the Soltani family on this great loss.