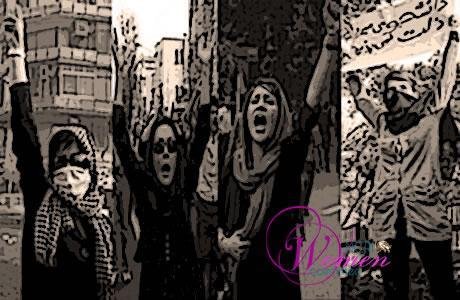 Iranian women are obviously having their effective impact on the new wave of protests that have been sweeping the country especially over the past week, so much that the regime’s Revolutionary Guard Corps has been compelled to speak out.

The state-run Fars news agency is a mouthpiece of the Islamic Revolutionary Guard Corps (IRGC) which has been designated as a terrorist entity by the United States Department of Treasury. Fars wired two stories on August 5, 2018, confessing to the role of Iranian women as the driving force and engine behind the recent protests.

On the eve of the International Youth Day on August 12, it appears fitting to briefly focus on the role of young women in the Iranian people’s quest for freedom and take a glimpse at their source of energy.

The main article going to be dealt with here was absurdly and ridiculously entitled, “Sexual protests” in a bid to tarnish the purpose and goal of the protests as the regime habitually does.

The report itself is very telling, however, of the role of Iranian women and their courage in defying the regime and its security forces, and their desire to topple the regime.

Fars wrote: “Two women had undertaken the role of leaders of the protests at Vali-e Asr intersection [in downtown Tehran]. The team of two were standing on the sidewalk of Vali-e Asr Avenue and shouting at people, ‘People, why are you silent?’ Gradually 10 to 15 people gathered around them and they started chanting, ‘death to the dictator.’”

Now, let’s pause at this point and try for a moment to imagine the sight described above of young women standing in the middle of a street in the capital ruled by the misogynous mullahs and shouting at people to join them for protest.

Knowing what the mullahs’ security forces do to the women they arrest and detain for speaking out against the regime, the mere thought of what these brave women were doing gives you goosebumps.

In the video clips posted from Tehran and other cities, it is clearly heard that sometimes there is a team of women or even a single audacious woman leading the chants.

“Most of the leaders were women”

The Fars report continued: “Some distance away, in the riots of Karaj, 20 leaders were identified and arrested, the majority of whom were women. A few days earlier, a video clip was being circulated in the social media showing a girl standing on a height and lecturing people in a bid to incite them [to protest.]” (The state-run Fars news agency – August 5, 2018)

One of the video clips from Karaj shows throngs of people, youths, and women, walking down a street. The clip begins with the crowd chanting, “Free all political prisoners.” Then, people start chanting different slogans at the same time which makes it hard to recognize the chants. Women are walking right in the center and in the middle of the street. They start chanting, “Do not fear, do not fear, we are all together.” Then, women’s voice overcomes all the others and everyone starts chanting the same slogan, loud and strong. In this way, these women encouraged everyone to join their ranks.

“Today too, the leader was a woman”

Another report by the state-run Fars news agency was entitled, “Contrary to the claims of opposition media, the streets of Tehran are calm.”

The report originally intended to falsify the news of the protests, lays bare the truth about the role of women in leading the protests. The report points out: “It is noteworthy that today, too, similar to the previous days, the leader of these people [the protesters] was a woman.” (The state-run Fars news agency – August 5, 2018)

Although Fars had intended in its article to smear the anti-regime protests by labeling them as “sexual protests” but in every line of its report, it painted an image of Iran’s brave women undertaking their historic role as a “force for change” in the struggle for regime change and overthrowing the clerical regime.

The IRGC’s news agency finally referred to the origin of this phenomenon under a separate subtitle called, “the beginning of the story.”

Fars wrote: “The (Farsi) hashtag zanan_e_barandaz [meaning women who seek the overthrow of the clerical regime] is still hot (i.e. favorite). This hashtag was created simultaneously with the PMOI’s meeting in Paris named, ‘Women Force for Change,’ which Maryam Rajavi attended.”

The sinister news agency of the terrorist IRGC initially sought to humiliate and objectify Iranian women as a tool used to provoke others even during anti-regime protests. So much for the mullahs’ mindset and their dirty slander campaigns. In the end, however, they could not cover up the truth that Iran’s brave women have been waging a relentless battle against the mullahs’ misogynous regime for the past 40 years. They have a brilliant record with thousands of women who gave their lives for Iran’s freedom and despite the risks and the heavy price coupled with their pledge to topple such a vicious and anti-human regime, these women have never given up their faith in victory.

A compressed spring that suddenly expands

These days, as we are commemorating the victims of the 1988 massacre of 30,000 political prisoners in Iran on the 30th anniversary of this great crime against humanity, let us remember the thousands of women, young and old, who sacrificed their lives to stand up for the ideals of humanity.

Their names and memories remain forever in Iran’s modern history and will serve as a beacon showing the path to future generations. Brave Iranian women who started their fight against the tyrannical mullahs in 1979 only two weeks after they seized power, endured great suffering and made great sacrifices during the mass arrests and executions which began in 1981.

They remained loyal to their pledge and left their tremendous energies as a legacy for future generations of women to believe in their own power.

The mullahs have made tremendous efforts over the past decades to conceal and tarnish the truth about the reality of these heroines, but the truth cannot be concealed forever. Just like the Sun that never stays behind the clouds, and the wind that never stops blowing. Like the spring that always follows the cold winter, rejuvenating the earth and blooming nature.

So, a great potential has been saved for 40 years in the struggle of Iranian women which is going to expand with an enormous power like a compressed spring and will uproot the ruling religious tyranny.