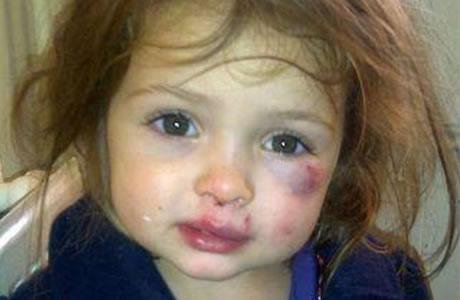 13,000 cases of child abuse in one year in just one province

13,000 cases of child abuse, registered during the Persian year 1396 (March 2017- March 2018) in West Azerbaijan Province (northwestern Iran), indicate the horrifying dimensions of this social ailment on the national scale.

More than 13,000 cases of child abuse have been reported to the Social Emergency Room of West Azerbaijan Province from March 2017 to March 2018. This includes only the reported cases.

Some sociologists believe that the surge in child abuse is due to economic problems and compulsory marriages. Lack of legal punishment for the abusers is yet another factor which greatly contributes to this phenomenon.

“The most important factors paving the way for child abuse in this province are traditional beliefs, lack of awareness of the consequences, cultural factors, addiction of parents, family disputes, and poverty,” said Mehrdad Motalebi, a sociologist acting as deputy for Social Affairs in the Welfare Organization of West Azerbaijan Province, on the high statistics of 13,000 cases of child abuse in the province. (The state-run uromnews.ir – August 7, 2018)

On the other hand, Reza Jafari, head of Social Emergency Room, announced, “There have been 16,000 reports of child abuse in just six months.” But he did not specify the exact dates pertaining to the six-month period. (The state-run ILNA news agency – February 25, 2018)

Jafari added, “Based on the existing reports, 38% of the abused children are in pre-school and elementary school age, and 12 percent are older. 29 percent of these abuses were physical and 3 percent were sexual. However, many families do not report their cases fearing loss of their security and good reputation.”

One of the obvious examples of child abuse by international standards is the early marriage of girls under 18 which has been institutionalized in clerical regime’s laws. The legal age of marriage for girls in Iran is 13 years old, and girls can be given to marriage even in younger age if the father and a judge decide that they are mature enough