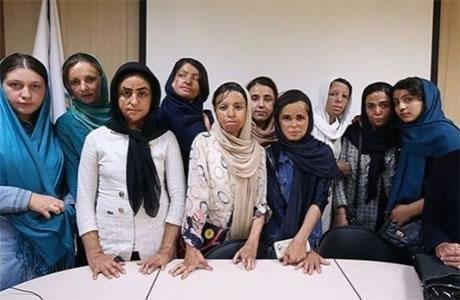 The complaint by Shinabad girls to receive compensation from the Education Ministry has been delayed by the Coroner’s Office of West Azerbaijan Province as it has failed to provide its assessment on the extent of damages inflicted on the girls in the fire that broke out in their school six years ago.

In an interview with the state-run IRNA news agency on Tuesday, August 7, 2018, Hossein Ahmadi Niaz, the lawyer representing the Shinabad girls, explained, “After three months, the Coroner’s Office of Orumiyeh has not yet issued its assessment regarding (the extent of damages inflicted on) these girls.”

The complaint by Shinabad girls was filed to receive compensation from the Education Ministry to pay for their treatment.

Lawyer Ahmadi Niaz said the complaint by Shinabad girls was first filed with the Prosecutor’s Office of Piranshahr and they referred the file to the city’s Coroner’s Office to assess the damage. He said, “My clients were examined three months ago. We have been waiting for the result since then. These girls have undergone more than 300 surgeries, each of which has caused grave side effects and problems. This is why they are entitled to compensation (by the Education Ministry).”

Ahmadi Niaz also reiterated that his clients have suffered various psychological damages as a result of which four of them attempted suicide. He demanded that the money be paid to his clients, enabling them to continue their treatment. (The state-run IRNA news agency – August 7, 2018)

On December 5, 2012, an elementary school for girls in Shinabad Village of Piranshahr, West Azerbaijan Province, caught fire because of using a non-standard worn-out heater in class. Two students died due to deep injuries and 12 out of 28 others suffered severe burns.

The girls have been promised to be sent abroad for treatment but officials have failed to deliver on this promise.

On August 2, 2018, Mohammad Bat’haii, the Minister of Education, told state-run ILNA news agency that the girls do not need to be sent abroad and “it is possible to treat them in Iran,” something that has met numerous obstacles, so far.

13,000 cases of child abuse in one year in just one province