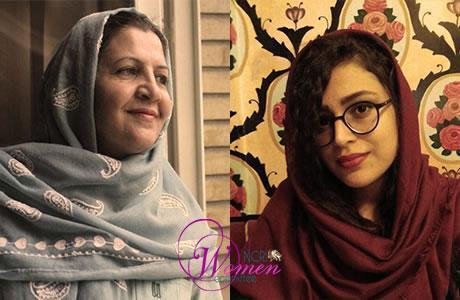 Sufi women deprived of their rights at Varamins’ Qarchak Prison

Sufi women continue to be deprived of their basic human rights at Qarchak Prison in Varamin, north central Iran.

Sepideh Moradi was sentenced in absentia to five years in jail. She had refused to appear in court in protest to unfair trials and denial of legal counsel to Sufi women during court proceedings.

At the same time, Ms. Shokoufeh Yadollahi was sent to hospital for the fourth time due to her critical health conditions. Ms. Yadollahi was denied medical treatment for over five months, despite serious injuries she suffered at the time of arrest.

Sepideh Moradi was sentenced to five years’ imprisonment in absentia on August 8, 2018, by Tehran’s Revolutionary Court. She was also banned from leaving the country for two years, and from engaging in any social or political party or group or any activity in the social media.

Ms. Moradi was introduced in the court as “an extremist element and one of the officers in charge of the outlaw Majzooban-e Noor website (majzooban.org) belonging to a sect (Gonabadi Dervishes).”

Ms. Moradi has been accused of “association and collusion to act against national security.”

Also on Wednesday, August 8, 2018, Ms. Shokoufeh Yadollahi who is in dire physical conditions, was dispatched to hospital for the fourth time. In addition to impaired vision and severe headaches, she has been suffering in recent days from pain in eyes, ears and teeth due to sinus infection for which she was transferred to Amir Alam Hospital.

Ms. Yadollahi was wounded during the bloody crackdown on the protest gathering of Gonabadi dervishes in Tehran on February 19, 2018, suffering from a broken skull and completely losing her sense of smell. With passage of time, Ms. Yadollahi’s conditions got worse because Sufi women were denied medical treatment.

Ms. Yadollahi is the mother of Kasra, Pooya and Amir Noori who have been sentenced to 12, 2 and 6 years’ imprisonment, respectively, as well as to flogging, internal exile and other social privations.

Ms. Yadollahi is one of the Sufi women who have been detained in Qarchak Prison since February 20, 2018, deprived of access to lawyer and other basic rights.