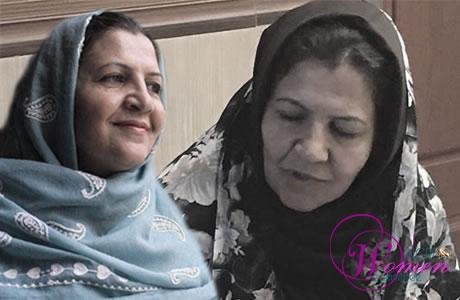 Sufi woman Shokoufeh Yadollahi was sentenced to five years in jail. She is in critical conditions due to lack of medical treatment in prison. In another incident, Evin Prison wardens endangered the life of the elderly mother of a political prisoner, by playing the sound of his cries under torture in a telephone call to his mother.

Sufi woman Shokoufeh Yadollahi was sentenced on Monday, August 13, 2018, to five years in prison and two years’ deprivation of social and media activity.

According to Sufi woman Shokoufeh Yadollahi, a six-month denial of medical care has led to an increase in the level of infection in her blood and endangered her life. She was treated at Amir Alam Hospital last Wednesday, but the prison authorities prevented her from accessing her doctor’s prescribed medications.

Her medical doctor emphasized that Sufi woman Shokoufeh Yadollahi must be kept in a clean environment and away from cigarette smoke, but prison authorities refuse to transfer her from the sixth ward of Qarchak Prison which is extremely unsanitary, putting her life in danger.

Reports from Qarchak Prison indicate a filthy prison environment with poor condition of basic facilities. Most recently, the prison’s cafeteria has been closed for more than two weeks and prisoners are no longer given rice, bread or tea.

In another example of the regime’s inhumane practices in prisons, Evin Prison wardens called the elderly mother of political prisoner Farhad Maysami and had her listen to the voice of her son while screaming under torture. This exerted tremendous psychological pressure on the elderly woman, tantamount to psychological torture.

According to a Facebook post by Reza Khandan, husband of human rights lawyer and political prisoner Nasrin Sotoudeh, “They called the old, sick and lonely mother of Farhad Maysami at least twice on Wednesday, August 8, once at 11 p.m. and next around 4 a.m., and had her listen on the phone to the sounds of beatings to extract confessions from her son. The first time, if it were not for the presence of friends, we might have been faced with another catastrophe and nobody could understand the cause. Mr. Maysami’s mother suffered from muscular cramps due to the anxiety and horror caused by the calls, and her friends spent hours to help her get back to normal conditions.”

Farhad Maysami, a former publisher of Exam Preparation Books from Ayandehsazan Publishing, was arrested on Wednesday night, July 31, 2018, at his office. This 48-year-old civil rights activist has been transferred to Ward 209 of Evin Prison.