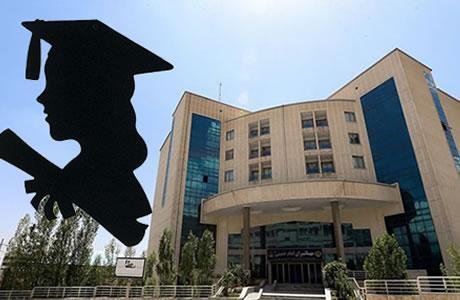 Female Baha’I student Romina Asgari was expelled from the Central Tehran Branch of Azad University for her religious beliefs. The female undergraduate student was deprived of continuing her studies because she was a Baha’i.

Romina Asgari was dismissed after her 4th semester from the Azad University Central Tehran Branch due to being a female student of Baha’i faith. The letter prohibiting the student from her studies explained the reason for the expulsion as “improper social behavior, and attempting to undermine the country’s order, calm and security.” This is while she was not in college for six months and had used one semester of study leave.

There have been many reports of Baha’i citizens being deprived from continuing their education at Iranian universities.

Last month, female Baha’i student Sogol Zabihi was deprived of continuing her education. She was a sophomore undergraduate student of graphics at Rasam University of Karaj who was dismissed from school for her Baha’i faith.

Earlier, Soha Izadi, a female Baha’i student of Information Technology (IT) at the University of Zanjan, had been dismissed from school for being a Baha’i.

During the past year, at least 23 female students of Baha’i faith were dismissed from Iranian universities and deprived of continuing their education.

Baha’is are deprived of education in Iranian universities based on paragraph 3 of the bill ratified by the Supreme Council of Cultural Revolution on February 25, 1991, which has also been endorsed by the mullahs’ supreme leader Ali Khamenei, “Once it is confirmed that a student adheres to Baha’ism, whether at the time of admission or during their studies, she/he must be deprived of education.”