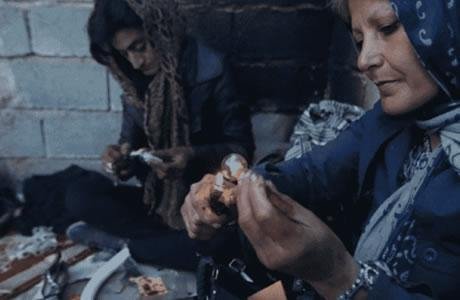 He went on to reveal the shocking numbers of runaway girls in Iran and added, “Today, more than 58 percent of girls who have fled from home had drug addicted fathers, and more than 45 percent of women living in the streets and runaway girls were drawn to drugs as soon as they left home.”

He said Iran is the world’s largest transit route for narcotic drugs. He admitted that today the government is unable to tackle the growing drug addiction in particular among adolescents and women and cannot engage in the anti-narcotics campaign by itself.

Mohammad Mousavi added, “The largest number of drug addicts are between the ages of 15 and 20.”

“The age of drug addiction in Gachsaran has dropped to 12, and today the government cannot fight addiction to narcotic drugs on its own,” he said. (The state-run ILNA news agency, August 17, 2018)

Nasrin Sotoudeh’s house was attacked by intelligence agents in Iran