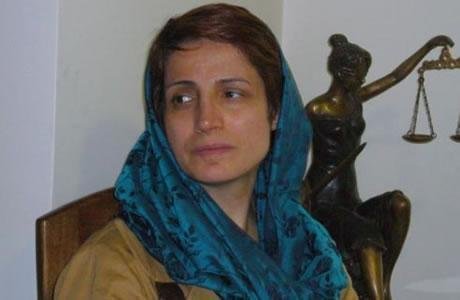 Nasrin Sotoudeh’s house was attacked by intelligence agents in Iran

Nasrin Sotoudeh’s house was attacked by agents of the Ministry of Intelligence. The news was announced by Reza Khandan, husband of this human rights lawyer.

Mr. Reza Khandan released the news on his Facebook page on Saturday, August 18, 2018, and during an online audio interview, clarified the details of the attack on Nasrin Sotoudeh’s house.

“In the morning, when the children were asleep, intelligence forces entered the house. They inspected the entire house and the storage. The agents were looking for a badge that says, ‘I oppose the compulsory veil’,” he said.

After the attack on Nasrin Sotoudeh’s house, the agents also attacked the house of Mr. Khandan’s sister and inspected the entire house despite the family’s lack of knowledge or political activity.

On August 14, 2018, Nasrin Sotoudeh’s lawyer, Payam Derafshan, talked about the latest status of the case of his client, announcing that two new charges had been filed against her.

Nasrin Sotoudeh is currently incarcerated after being sentenced to a five-year prison sentence for alleged espionage, a charge which does not exist in her indictment, the complaint filed by Kashan’s Revolutionary Prosecutor, and the sentence for imprisonment issued by Branch 2 of Evin Prosecutor’s Inspections Office. (The state-run IRNA news agency – August 14, 2018)

There is not much information available on the second file other than the charges of defending women who had protested against the compulsory veil and the complaint filed by Kashan’s Revolutionary Prosecutor. Lawyers, except for the 20 lawyers authorized by the Judiciary Chief, are not allowed to participate in the primary stages of prosecution in political cases.

On June 16, 2018, the Women’s Committee of the National Council of Resistance of Iran condemned the arrest of human rights lawyer Nasrin Sotoudeh, and called for her unconditional release from prison, while urging international human rights organizations to take urgent action in this regard.