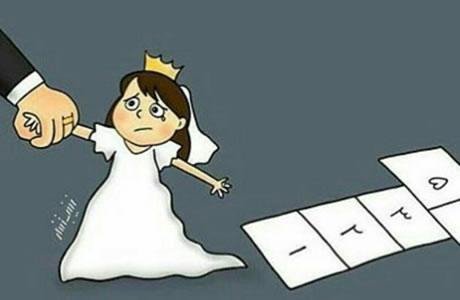 In the first four months of this (Iranian) year, 970 girls under 18 married in Kurdistan Province of Iran, the Director General of the Civil Status Registration of Kurdistan announced.

In an interview with the state-run ISNA news agency in Kurdistan on August 18, 2018, Hassan Sumi said, “Out of the 4,520 registered marriage cases in the Kurdistan Province in the past four months of this year, 970 cases for females were under the age of 18. Underage females made up 21 percent of the total number of marriages in the province.”

Early marriages of girl children in Iran have dire consequences for them. Zahra Mirzaii, a social researcher said, “Many social harms related to women is due to early and forced marriages.” (The state-run pana.ir website – July 4, 2018)