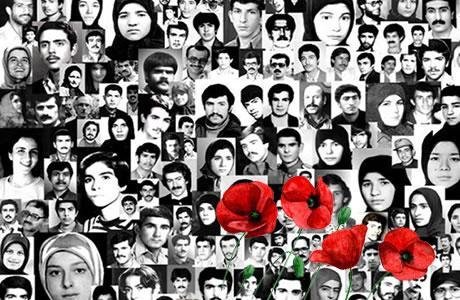 Three female relatives of a victim of the 1988 massacre in Iran were detained along with several other family members by government agents in Gorgan, northern Iran. The fate and whereabouts of these detainees are not known.

Three female relatives of a victim of the massacre of political prisoners in 1988, who were arrested in Gorgan on July 19, 2018, include Sussan Mehrani, 55; Mohaddeseh Mehrani, 50; and Elnaz, 28, (daughter of Mohaddeseh Mehrani). They are relatives of Mohsen Mehrani, a member of the People’s Mojahedin Organization of Iran who was executed in the massacre of political prisoners in 1988 in Gorgan Prison.

In connection with the arrest of the three female relatives of a victim of the 1988 massacre and his other detained family members, the Secretariat of the National Council of Resistance of Iran issued a statement that stated, ” In Gorgan, a number of family members of martyr Mohsen Mehrani, including Dr. Mojtaba Mehrani, dentist and 67 years old, Masih Mehrani, 62, and ladies Sousan Mehrani, 55, Mohaddaseh Mehrani, 50, and Elnaz, 28, (daughter of Mohaddaseh Mehrani), were arrested on July 19, 2018. There is no news about the detainees.”

The mullahs’ regime in Iran has resorted to the arrest of a number of families of the victims of the 1988 massacre of political prisoners in Iran on its anniversary. While the nationwide uprising continues, the regime fears further expansion of the Justice Seeking Movement.

The mullahs’ regime has always tried to conceal the history of the 1980s and the massacre of 1988, and remove them from the historical memory of the Iranian nation. The regime has endeavored to censor any content and information related to the 1988 massacre under various pretexts. However, during these years, the families of the victims tried to keep the memory of their loved ones alive and, despite the mullahs’ crackdowns and the repressive environment, they have conveyed their voices to the world.

The Women’s Committee of the National Council of Resistance of Iran calls on all international authorities and women’s rights activists around the world to take action to save the lives of the families of political prisoners massacred in 1988, who are currently in captivity, and other detainees arrested during recent national protests in Iran.