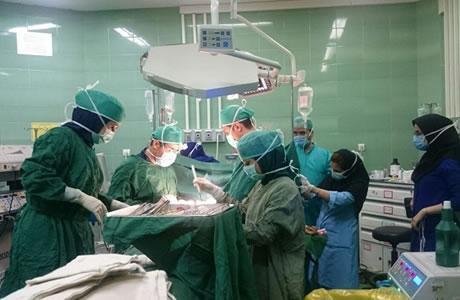 Isfahan’s community of physicians received no salaries for two years

Isfahan’s community of physicians have not received their salaries for two years. This was announced by Roya Razavi, an Iranian gynecologist at a news conference on August 23, 2018.

Adding that the community of physicians is among the most oppressed in society, she said, “In the last few months, authorities have pressured physicians and this has discouraged many of them from doing their humanitarian job.”

Doctors have not yet received the salaries of 2017 and of the five months of 2018.

“In light of the soaring price of dollar in Iran, the prices of all goods in the market have also increased, and because of their Hippocratic Oath, doctors cannot cut their services,” Razavi said.

A doctor cannot hesitate from doing a patient’s surgical operation, even if he receives very low fees.

Isfahan’s community of physicians receive only one third of their fees for visiting patients despite soaring prices these days. Isfahan’s community of physicians is a group privileged by a high scientific level and yet deal with people with a lot of love and emotion. The pressures imposed on some renowned professors in Isfahan will have its adverse effects, undermining people’s trust and creating future problems for them.

Roya Razavi added, “Unfortunately, the innocence of the physicians’ community has never been reflected in the media so that people know that doctors who put their trust in this sacred profession are doing operations where they might not receive wages for the next three years.” (The state-run ISNA News Agency – August 24, 2018)