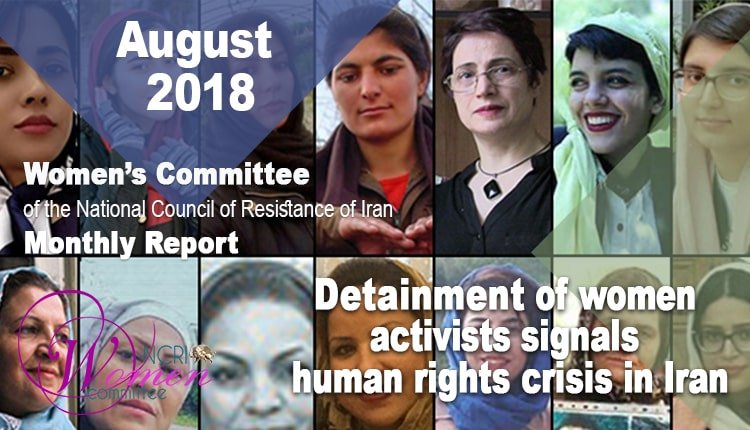 The intensifying crackdown has been considered as a crisis point in the situation of human rights in Iran and an attempt on the part of the ruling regime to silence any voice of dissent.

Rassoul Sanaii Rad, political deputy for the IRGC, admitted earlier this month that 28 per cent of those arrested in the anti-regime protests were young women and girls.

Human Rights Watch issued a news release on August 31, 2018, calling for the freedom of jailed protesters including 15 women in Iran prisons.

On August 11, 2018, an Iranian journalist, tweeted that authorities had detained 15 women they had arrested during the August protests in Qarchak prison in Tehran, HRW said.

The Women’s Committee of the National Council of Resistance of Iran calls on the International Community, the UN agencies, and particularly the UN High Commissioner for Human Rights, to take immediate measures to secure the unconditional release of political prisoners and prisoners of conscience, especially women, and stop their mistreatment in prisons.

Significant presence of women in protests of various sectors in Iran