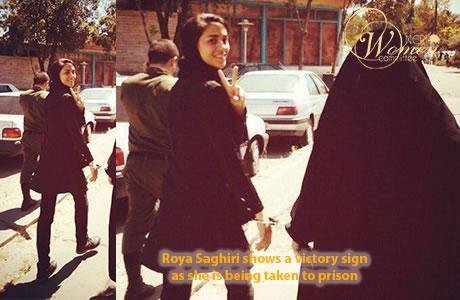 Two women among 35 protesters summoned for trial in West Azerbaijan

Two women were among 35 protesters summoned for trial in West Azerbaijan. The Branch One of the Court of Khoy in West Azerbaijan Province has summoned 34 protesters, including two women, who had been released on bail after their arrests during the nationwide December – January uprisings in Iran. Another protester, previously not arrested, has also been summoned.

The trial will take place on Monday morning, September 10, 2018, to examine the allegations leveled against them. The two women protesters are Arezoo Sahraii and Maryam Assadlou.

The protesters had been arrested by various repressive agencies including the Intelligence Department, the IRGC intelligence service, the State Security Force intelligence, and the Detectives Office of Khoy during or after the protest on January 1, 2018, in Khoy. The detainees underwent interrogations but were released on heavy bail bonds.

They will be prosecuted for all or a few of the following allegations: “Collusion and conspiring against national security”, “propaganda against the state”, “insulting the (mullahs’) Supreme Leader”, “distorting the public opinion”, “disrupting the public order” and “violating the public’s peace.”

The detainees were subjected to harsh beatings, insults and humiliations at the time of arrest and instructed to withhold information on their arrests. It is feared that the 35, including the two women, would be handed heavy sentences. More than 60 people were arrested in the protest in Khoy 35 of whom, including two women, have cases with the judiciary.

In a bid to terrorize the public and prevent further protests, the Iranian regime has been issuing heavy sentences for human rights activists and protesters.

Tabriz University student Roya Saghiri, 24, was transferred to Tabriz Prison on August 25, 2018, to serve her 23-month prison sentence. She had been arrested on December 31, 2017, during a protest in Sa’at Square of Tabriz, capital of the East Azerbaijan Province.

According to the data compiled by the Women’s Committee of the National Council of Resistance of Iran, at least 500 women were arrested during or after the protests and uprisings in December 2017 and January 2018.