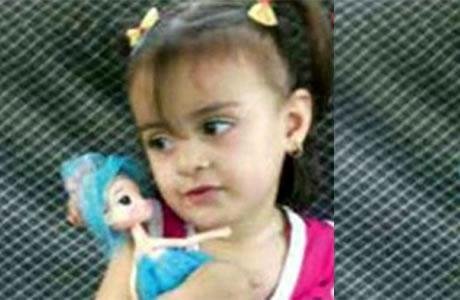 3-year-old girl dies after not being admitted to hospital

A 3-year-old girl died in less than 24 hours after not being admitted to a public hospital for medical care.

Last Tuesday evening, September 4, 2018, a 3-year-old girl by the name of Zahra felt sick and severely nauseous and was taken by her parents to a public hospital in Tehran.

The doctor ordered the child’s admission after examining and performing initial tests. However, when Zahra’s father went to the admissions department, they refrained from admitting the 3-year-old girl on the pretext that they had no vacant beds in the hospital for non-emergency patients.

Habibollah Barghi, Zahra’s father said, “At first, the doctor said there is no problem and she just needs to rest. But after we insisted, he wrote a blood test for her. After the blood test results came, the doctor said one of her blood factors was too high and she must be hospitalized as soon as possible. I went to the admissions department and showed them the doctor’s order for admission. But the manager said there weren’t any beds left for my daughter. I even told them that I will hold her in my arms until a bed becomes vacant. My insistence had no result as the manager came out from behind the counter and pushed me with anger and said the doctor has not insisted that your daughter is an emergency case therefore we do not have any place to hospitalize non-emergency patients.”

“I inevitably hugged my daughter and got out of the hospital. On our way, my daughter got worse and after throwing up, she had a seizure. Since I was close to another hospital, I took Zahra there and she was immediately hospitalized and stayed at that center for a few hours,” Zahra’s father continued.

“Later, the hospital authorities told me that since Zahra is a child she had to be transferred to the children’s hospital. So, we took her there. It was around 8 p.m. Wednesday when we were informed that our child had died. I was shocked and devastated. Zahra was our only child and we had suddenly lost her.”

Mr. Barghi added, “My 3-year-old daughter had just learned to talk but we lost her because of the carelessness and negligence of those who should be guarantors of people’s health.”

This is not the first time the inadequacy of officials has led to the deaths of girls and children in Iranian hospitals.

on August 25, 2018, a 14-year-old girl in Yazd by the name of Zahra had referred to the hospital for a simple stomach pain, but lost her life at the hospital emergency department in Yazd, central Iran, due to the injection of a wrong medicine.