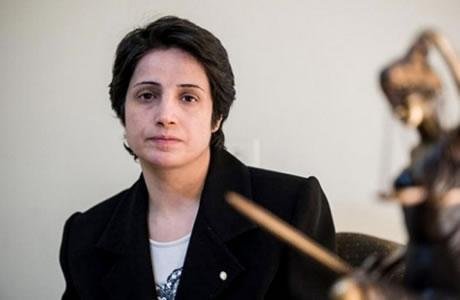 In her letter, Nasrin Sotoudeh wrote:

“Again, on the anniversary of the 1988massacre, the Iranian judicial system executed three Kurdish compatriots, who for decades, have been subjected to oppression and tyranny. The verdicts of these prisoners –issued in a blatantly illegal procedure by Revolutionary Courts– were unfair and contrary to human rights and the laws of the Islamic Republic of Iran. At the same time, the case of at least one of them was in the process of revision which could have led to his acquittal.”

Expressing her dismay at the injustice of the judiciary, Nasrin Sotoudeh added, “Zaniar Moradi, Loghman Moradi and Ramin Hossein Panahi were sent to the gallows while they had been on hunger strike and endured many days of hunger. This is yet another testament to the violence inherent in the Iranian judiciary, which is supposed to avoid any form of violence.”

Lawyer Nasrin Sotoudeh concluded, “I send my condolences to my dear Kurdish compatriots, who have always played an important role in promoting Iran’s culture. I extend my condolences to all my compatriots, especially the families of Moradi and Hossein Panahi, and I hope that with due regard to the various aspects of judicial violence which surface in various forms, we can provide the necessary grounds for avoiding all forms of violence.”