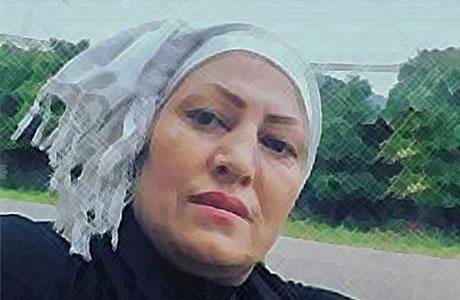 Mahin Taj Ahmadpour, a political prisoner detained in Nashtarud Tonekabon Prison, has gone on a hunger strike since Monday, September 10, 2018, in protest to the lack of medical care, authorities preventing her from using the telephone, and threatening to open a new case against her.

Mahin Taj Ahmadpour was one of the women arrested during the uprisings last year and was transferred to the Nashtarud Tonekabon Prison for imprisonment.

The controller for telephone calls in the prison prevented Mahin Taj Ahmadpour from using the phone and argued with her, and instead of the authorities addressing the problem, the Guard Officer (Ms. Shabani) insulted her and the Head of Prison and the Head of Security threatened to open a new case against Ms. Taj Ahmadpour.

Political prisoner Mahin Taj Ahmadpour has blood platelet deficiency and is required to receive seven blood units every month, and due to her illness, she is suspected of developing leukemia and is required to have regular injections to prevent the disease from spreading.

Despite her condition and the doctor’s orders, the prison authorities prevent her from going to a hospital for medical examinations and treatment.

Mahin Taj Ahmadpour, 46, from Tonekabon, is one of the women arrested during last year’s popular unrests and uprisings. She had previously been working as a street vendor and was arrested along with 14 others.

She was sentenced to a total of 10 months’ imprisonment and was arrested on Tuesday, August 14, 2018, and transferred to Nashtarud Tonekabon Prison for imprisonment.